In April I attended the Bad Bunny concert at Madison Square Garden in New York City. One of his first concerts stops on the X100 Pre (Por Siempre) tour. The famous arena known across the United States and the world for being a milestone for artists, was completely sold out. That’s a total of 19,500 seats, just in case you were wondering. I attended the concert with Giselle Hyland of Samsung, Latinista’s photographer for the night, who took great video footage and pictures for us. The atmosphere was full of excitement with Bad Bunny concert goers ready for what they knew would be an epic night.This was Bad Bunny’s first time in Madison Square Garden and only his second tour in the United States. Concertgoers with bunny ears, Bad Bunny plastered clothing and flags representing their nationalities made their way toward the concert. I did not bring my Puerto Rican flag but I certainly wish I would have. For the next Bad Bunny concert, I certainly will!

As we made our way toward the arena, the main stage of Madison Square Garden, we were given wristbands that lit up to the beat of each song during the concert. The concert was opened by Dominican artists Amenazzy, singing his hit Solo along with a few other songs. After a quick intermission, the reason why we are all here was about to start. Lights dimmed and slashed as a video homage to La Isla del Encanto, its people, and what made Bad Bunny who he is today, began. As Bad Bunny narrated the video speaking about fighting for your dreams, the importance of continuing to grow, and being united there that night. He explained that this was his “por siempre”, a moment in time that would always be apart of him. 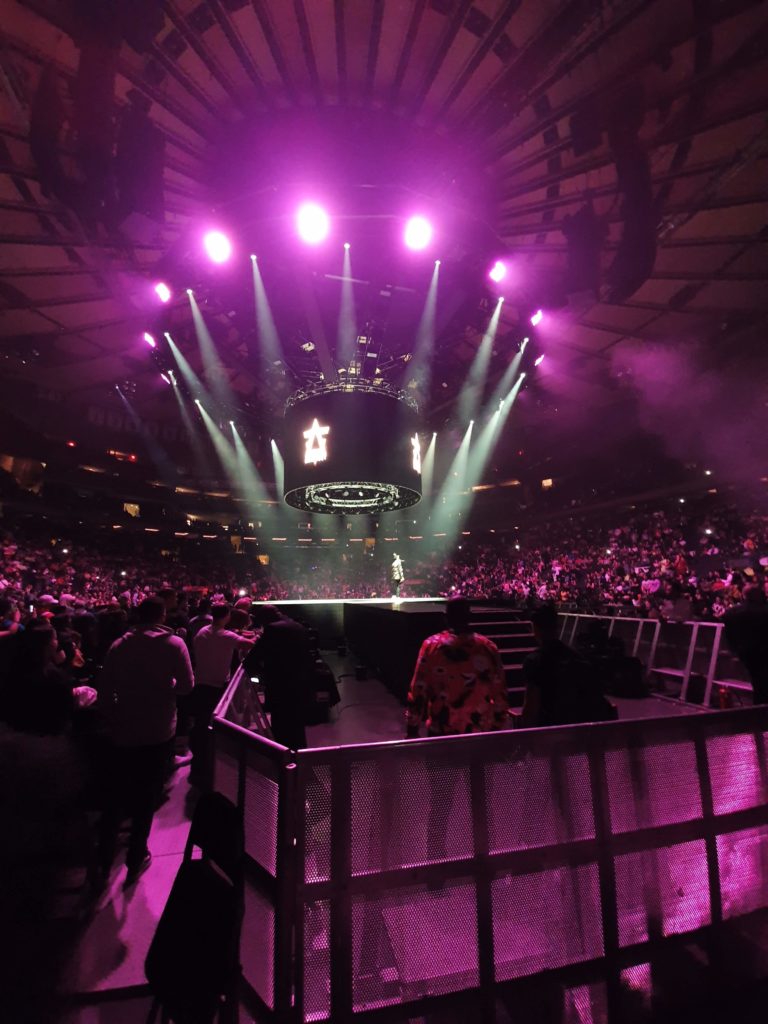 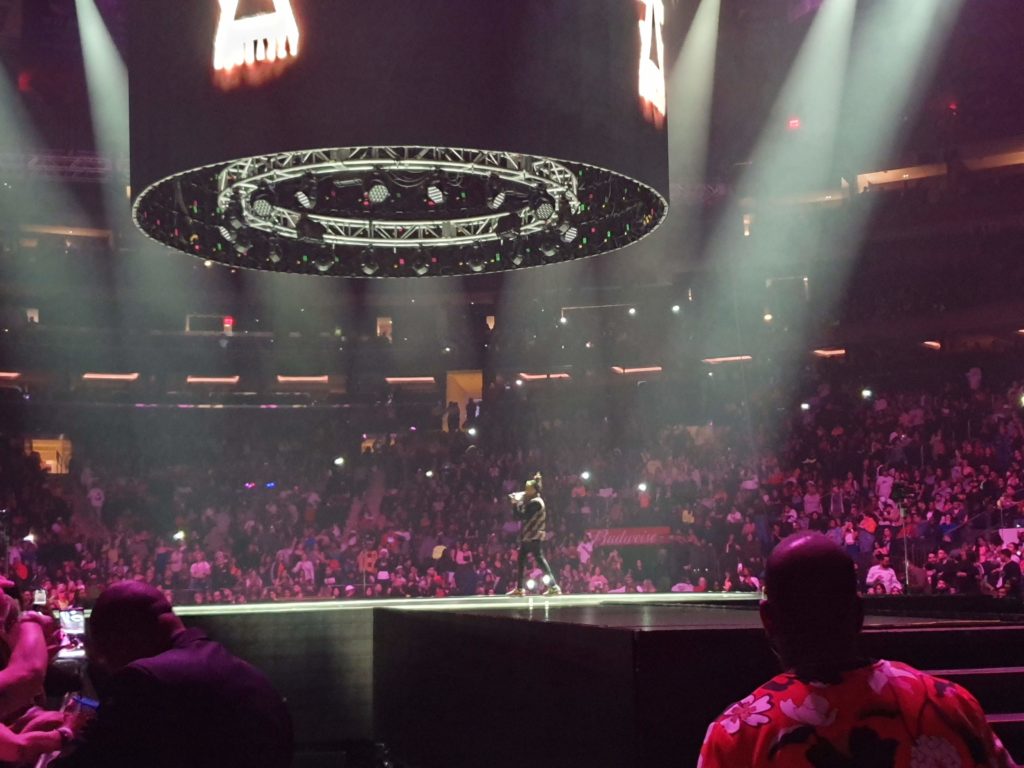 For me, as I watched the intro video, I felt like I was watching my own family members talk to me as the people on the screen went about their lives. They sounded exactly like that of some of my own family members. As the video transitioned into a compilation of legendary Puerto Rican boxer Felix “Tito” Trinidad throwing jabs, an announcement was made that the reigning champion of latin trap was ready to Don the stage.

As “El Conejo Malo” made his way onto the stage in his first outfit of the night, a purple holographic coat, shield sunglasses, bright green hair and long nails as seen on him at the Latin Billboards, his baritone voice rang out in the Ni Bien Ni Mal. With a quick thank you to New York he smoothly transitioned into 200MPH and the confidence boosting ¿Quien Tu Eres?. The 360 lightshow on the cross shaped stage and graphics on the circular LED monitor above topped off the vivacious energy. Colors, graphics and videos changed along with each song, making the concert a visual experience as well as an auditory one. Images displayed ranged from his music videos to nostalgic pictures of cassette tapes and other 90’s memorabilia to go along with his birth era inspired songs. This was not just a concert were you went to stare at the artist, this was a full on experience. 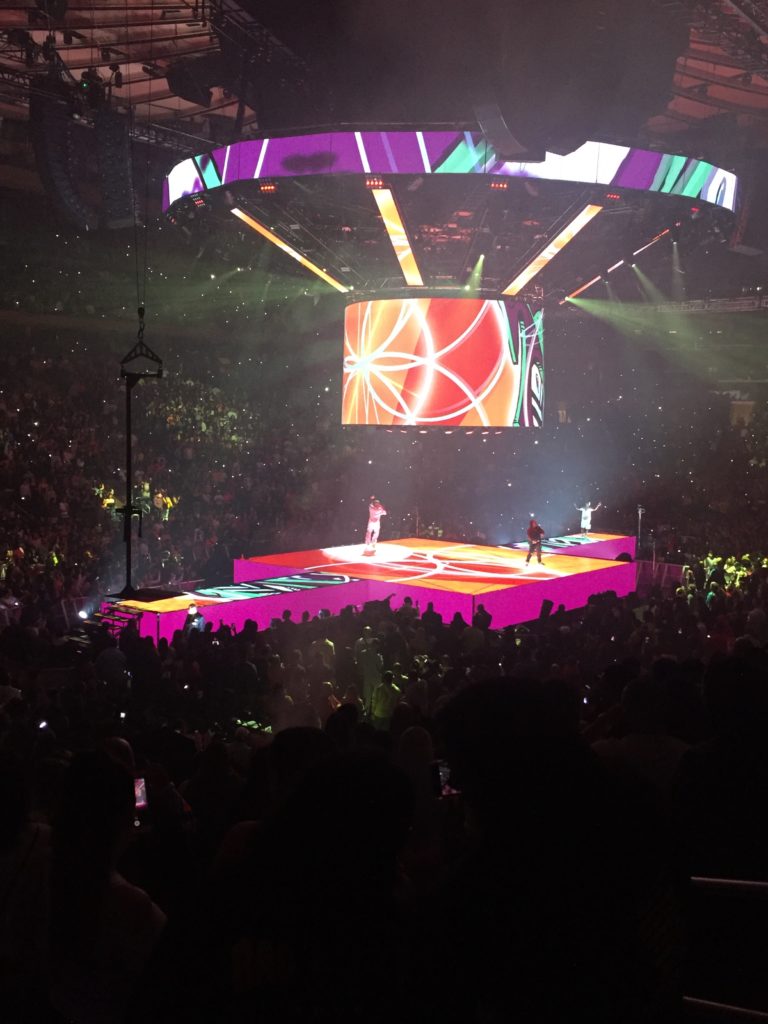 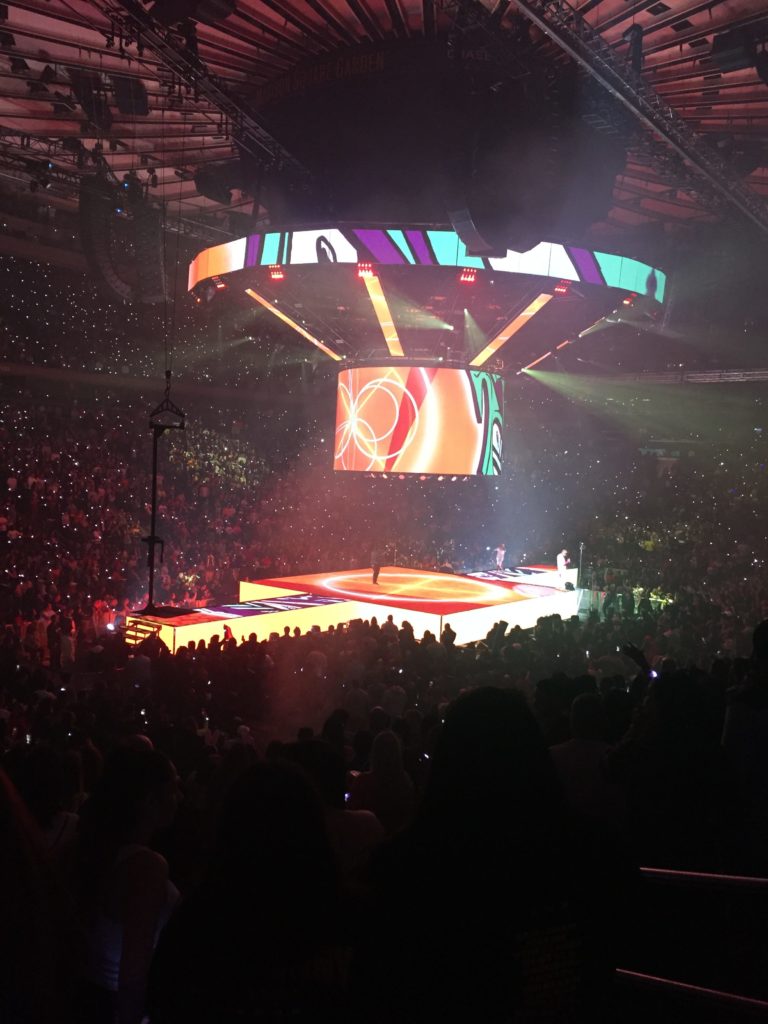 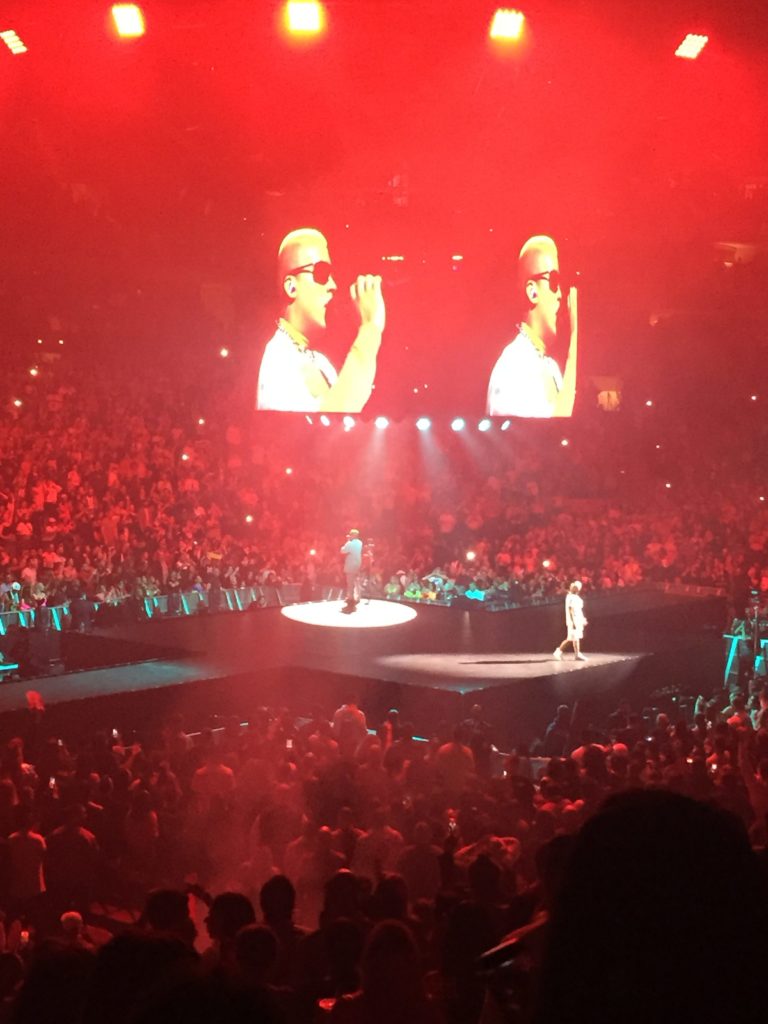 Dominican artists El Alfa was brought out to sing their song La Romana, with El Alfa running across the stage as he’s done throughout the tour, energizing the crowd even more. After La Romana and Demaga Ge Gi Go Gu Bad Bunny thanked him for his support before handing the stage off to El Alfa for a few songs on his own. On his return Bad Bunny sang I Like It, Caro, Solo De Mi, Tenemos Que Hablar, Ser Bichote, Vuelve, Amorfoda, Te Bote, Dura, Mia, Cuando Perriabas, Como Antes, RLNDT as well as my personal favorites, Si Estuviesemos Juntos and Otra Noche en Miami. Archangel also made a surprise appearance to sing their collaborative hits, Me Acostumbre and Original. Bad Bunny without fail transitioned into snippets of other number 1’s that were trajectories towards the release of his solo album.

At the end of the night Bad Bunny connected with even those in the very top seats as he floated around the arena and sang the undoubtedly happy Estamos Bien. With a quick break, he was back to sing Chambea. Arguably THE song that made him known to the english market and cemented him as a trailblazer in the spanish market during the start of his career. As is customary when hearing this song, the crowd lost its collective mind, jumping up and down to the energetic beat. And so did I! As he finished off Chambea he thanked the crowd for our support in his career and made his way off the stage. Ending a most memorable night for him and for the city of New York, por siempre.

Check out some behind the scene pictures and videos’s Giselle took below! And make sure to visit our Facebook and Instagram page to see the live videos we did of the concert! 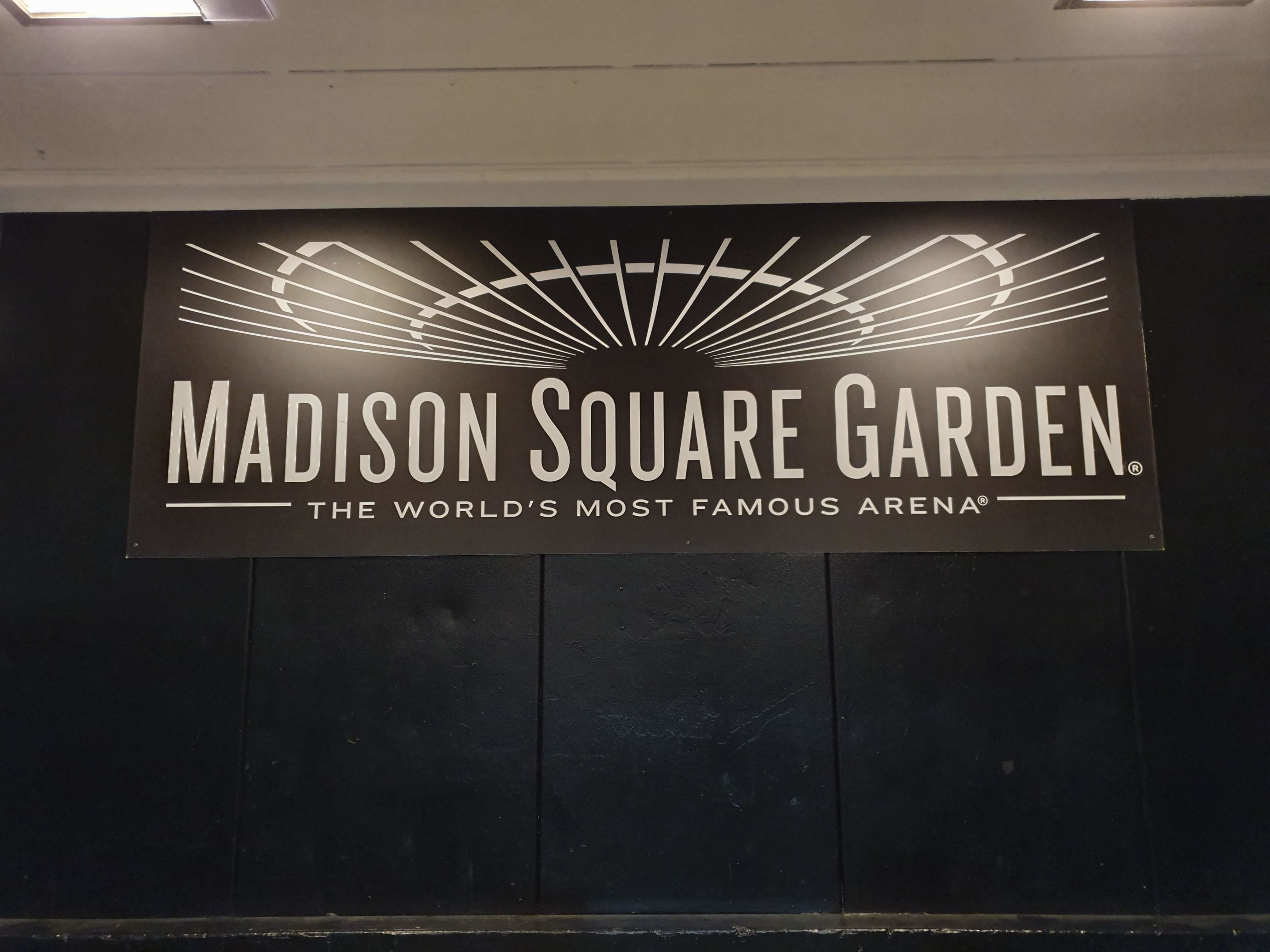 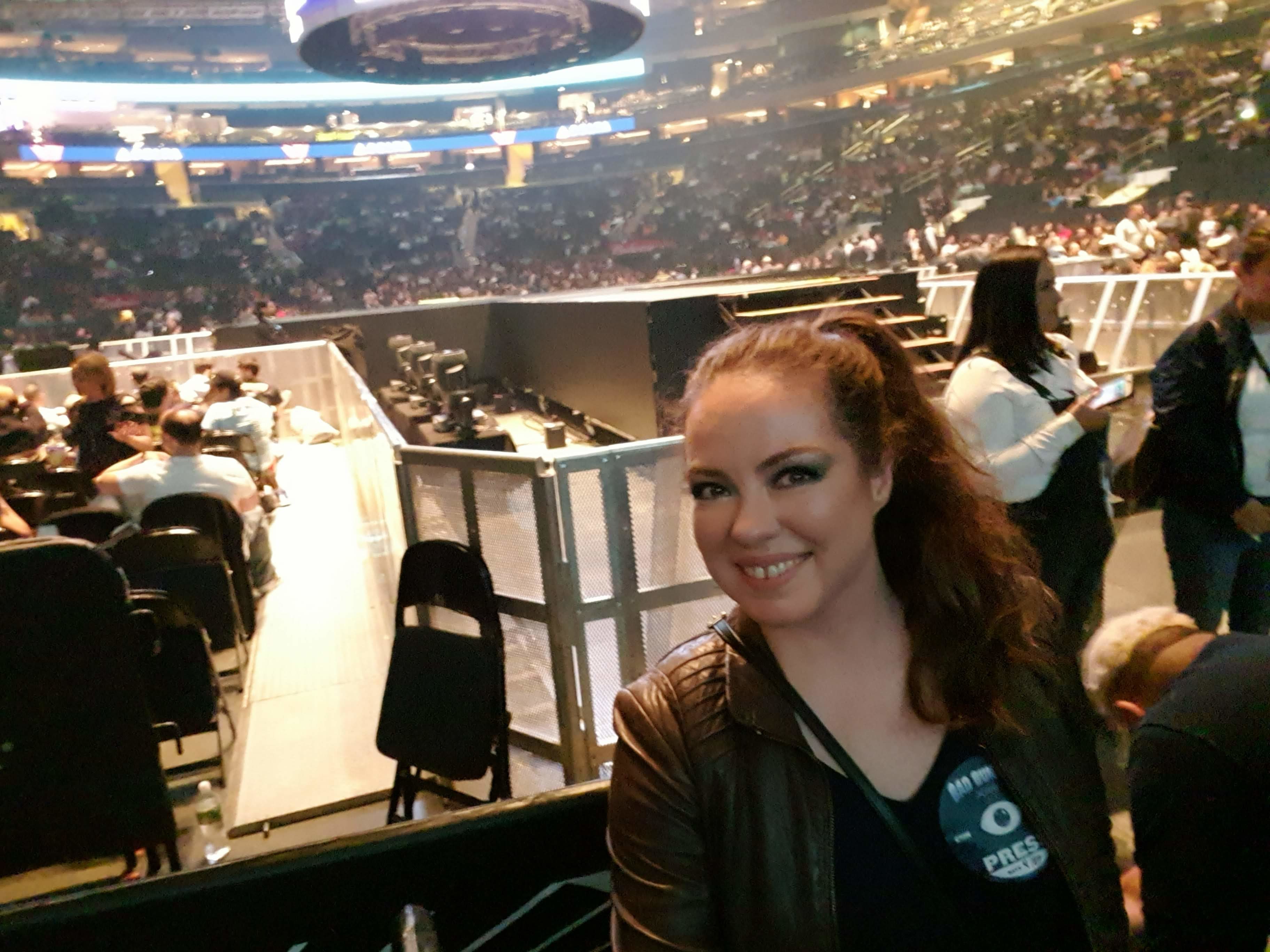 The super helpful and awesome Giselle! 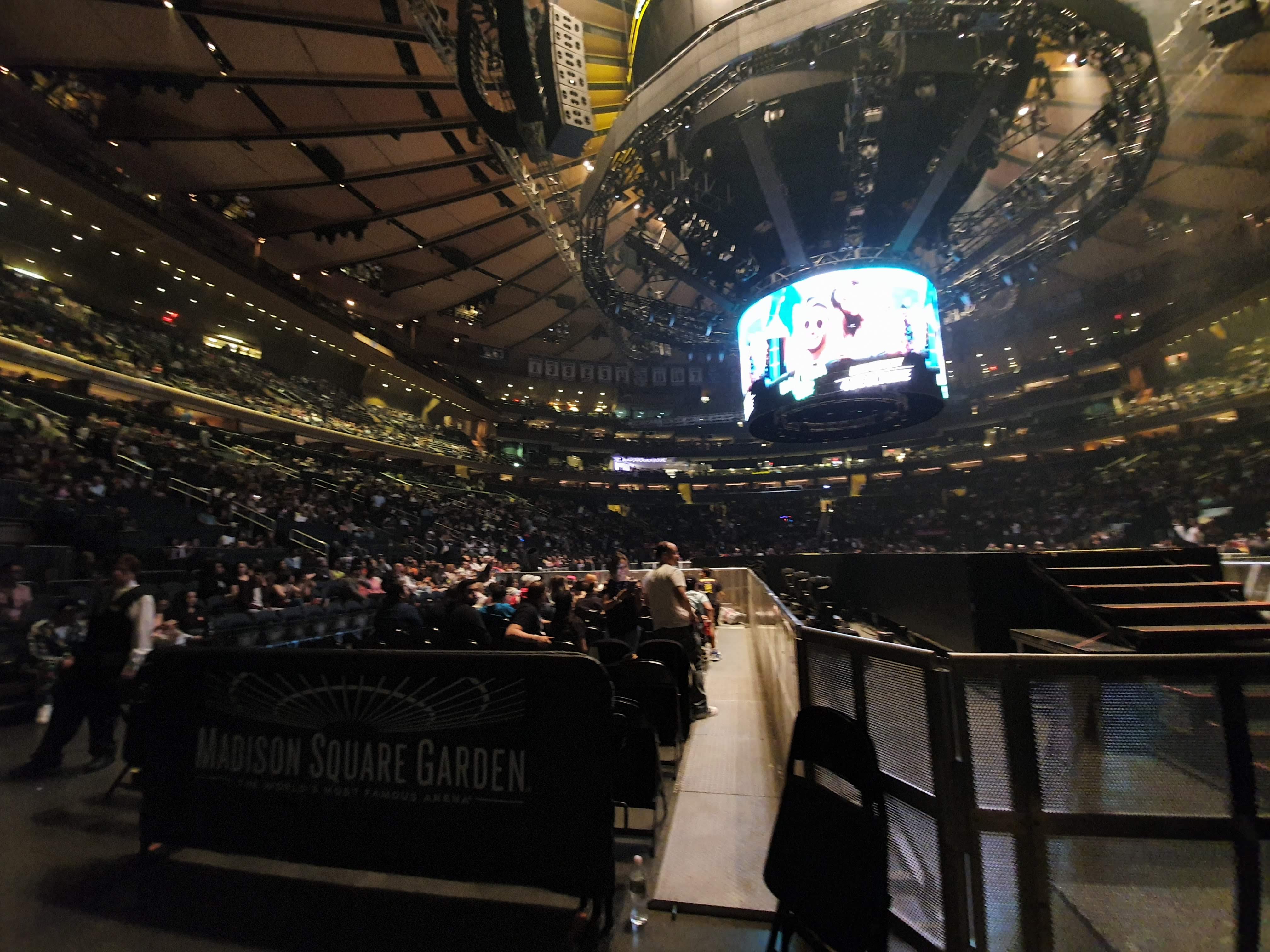 Shots before the concert began! 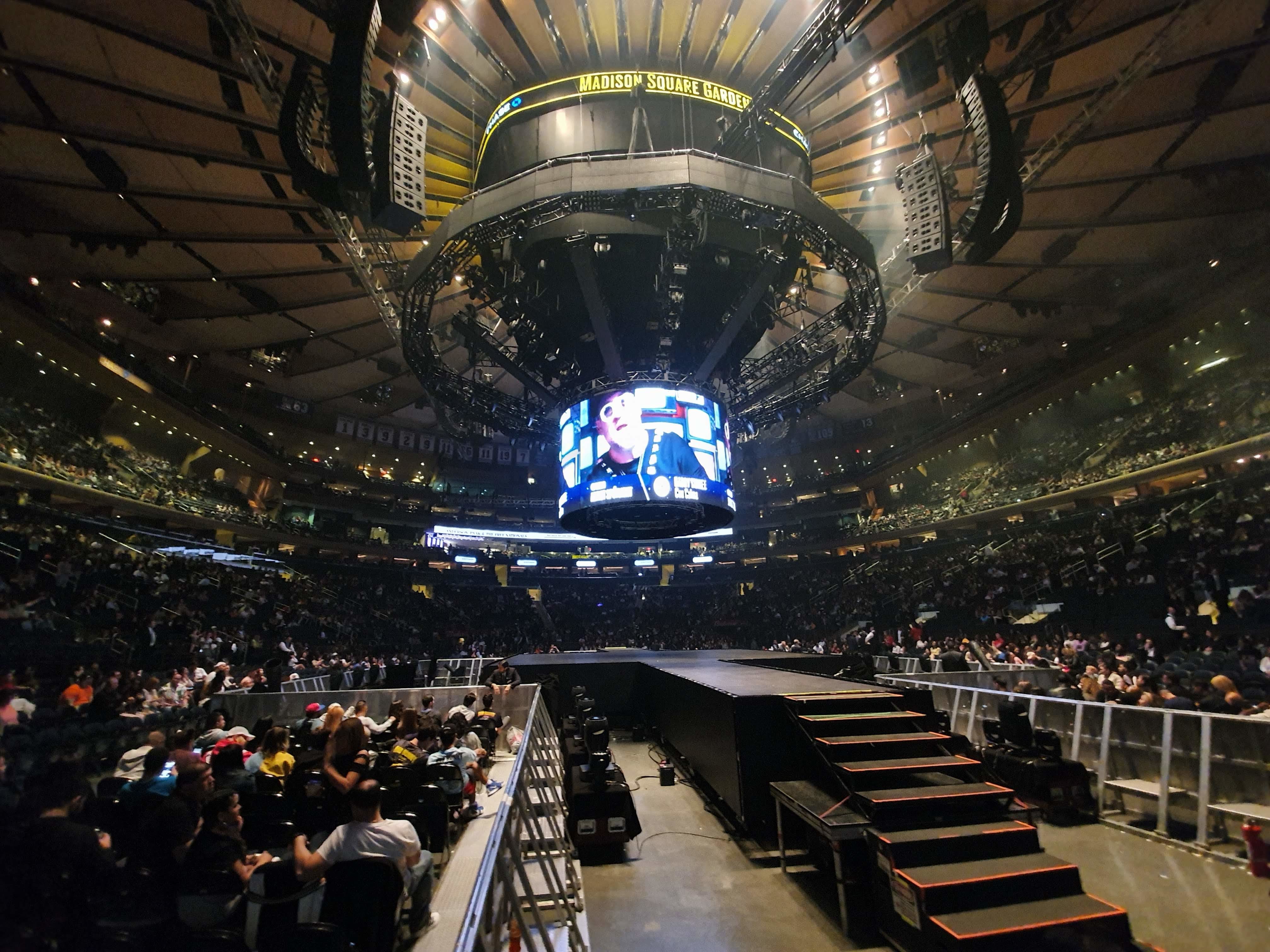 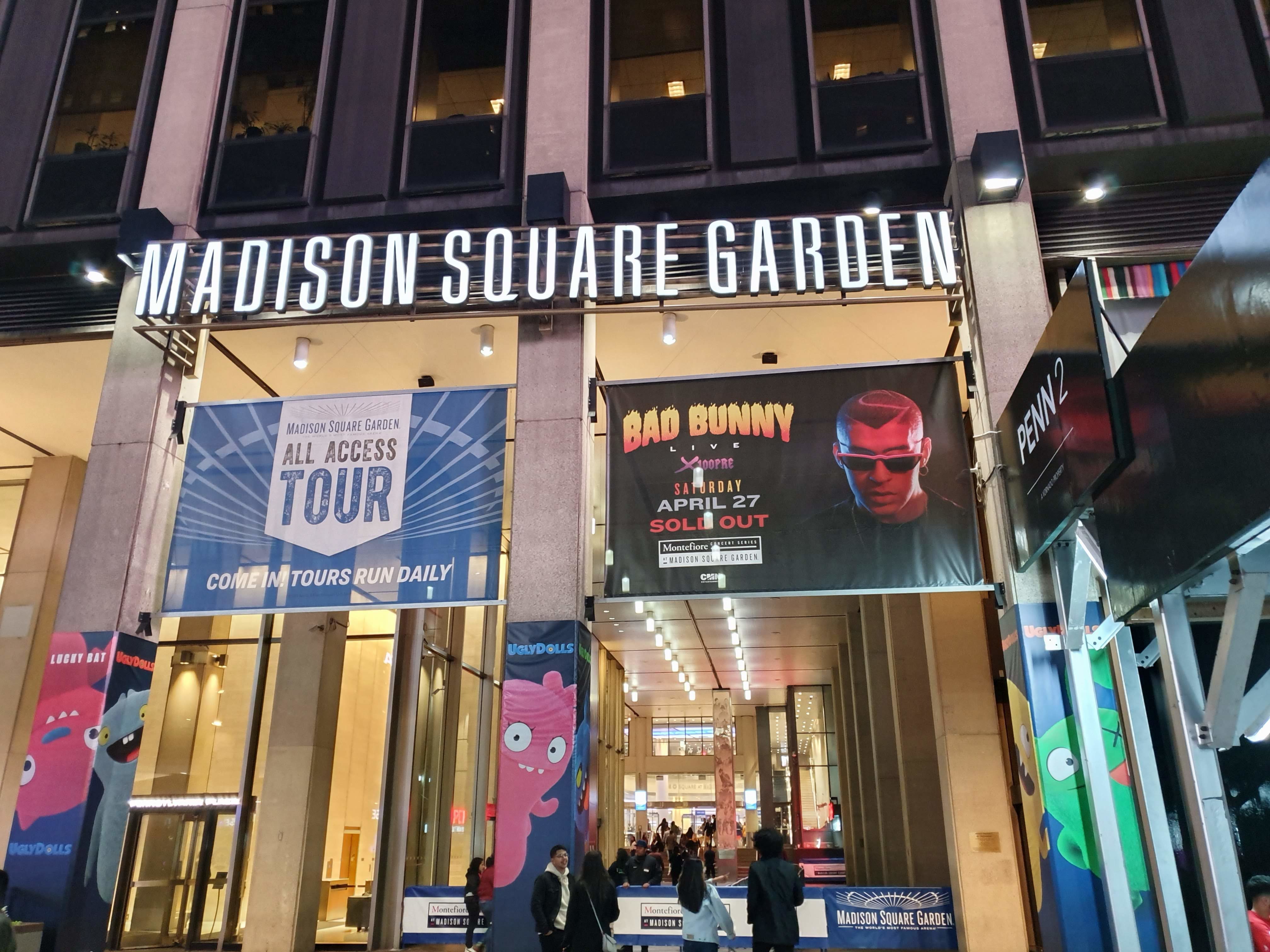 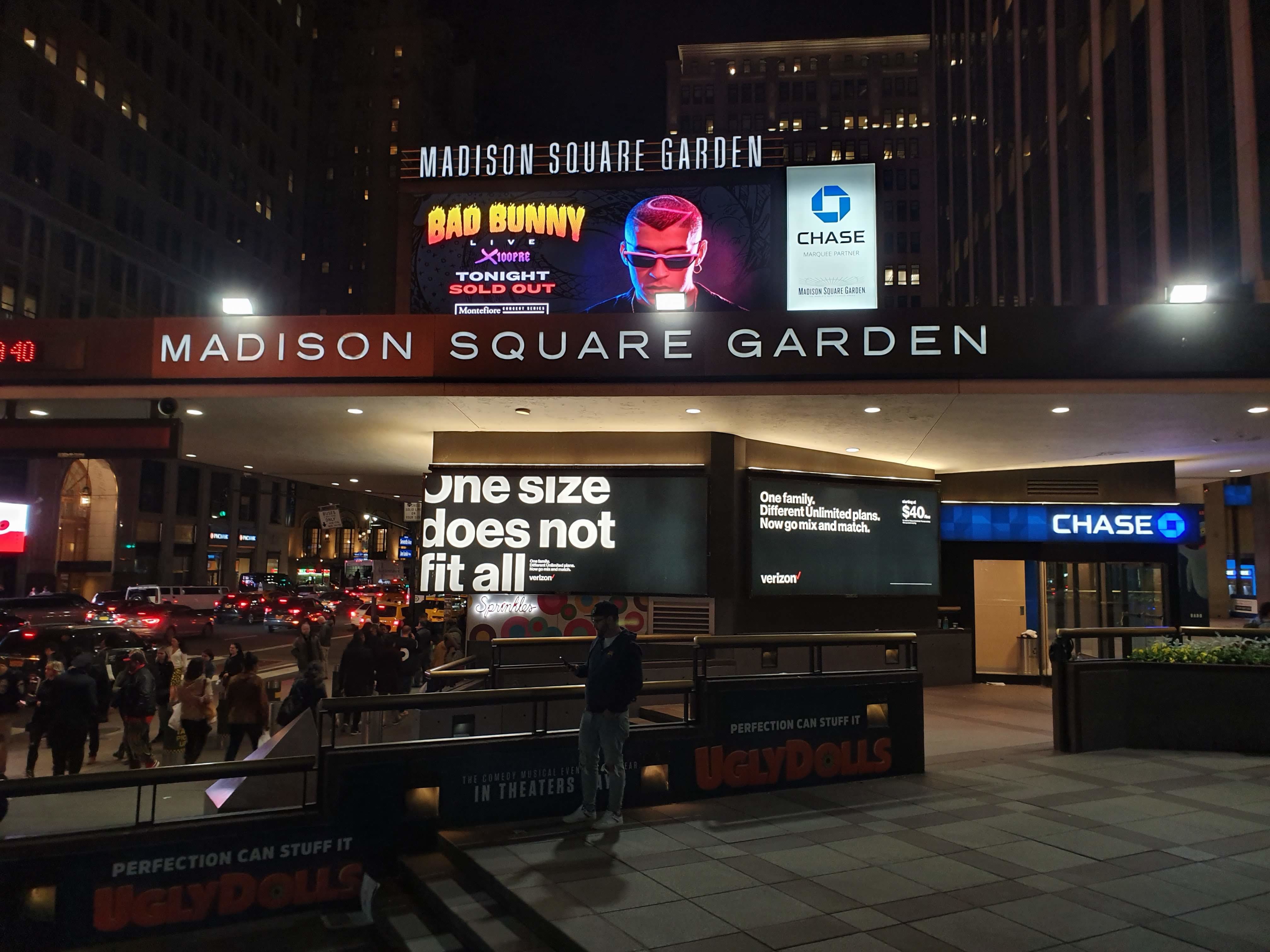 Thank you to CMN Events for their collaborative efforts and a great evening.