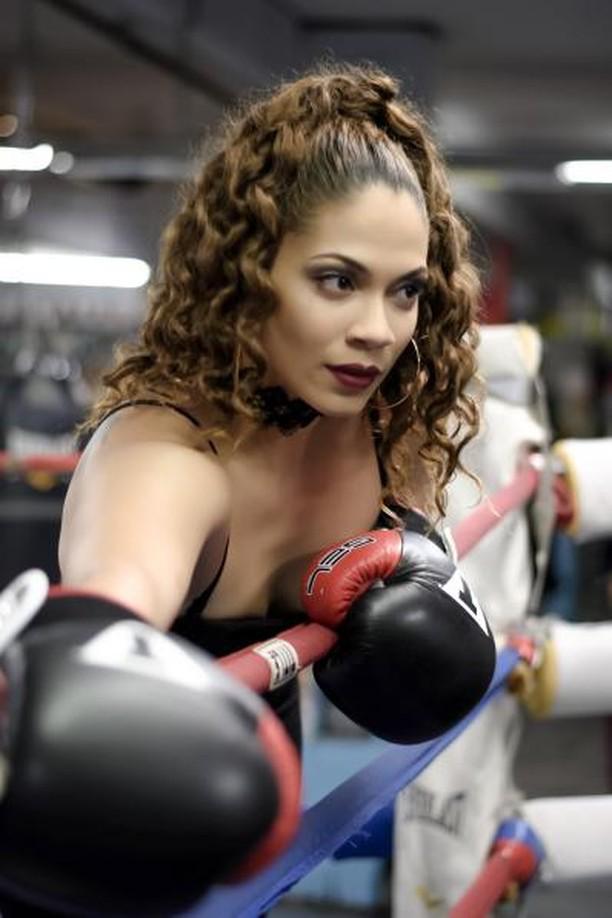 Tell me your name: Nisa Rodriguez.

Where were you born: Born and raised in the Bronx, New York.

Tell me about the program you just started:
The non-profit program “I can, I will” is funded by East Side housing. It’s a boxing program in 2 schools in the Bronx and it’s the first of its kind for girls only. We will be mentoring the girls, teaching them self defense, work out etiquette as well as boxing etiquette. For the girls not interested in the physical aspect, they will be starting their own YouTube channel and learn video editing and marketing.

What called you to boxing, how did it all start?:
When I was younger, I had a really bad anger problem. I was getting into a lot of fights in school and one day my father took me to the boxing gym. I was very athletic already, I was into Martial Arts, I did Judo for 10 years, I was doing weightlifting, I was on the swim team. With boxing, I fell in love the first time I started sparring. And here we are 10 years later!

Tell me about your titles. Belts? Medals?:
I’m an 8 time NY Daily News Golden Gloves Champion. 3 time national Golden Gloves Champion. I have fought in 3 different weight classes. 141, 152 & 165. It’s hard to find fights here, so I jump around a lot just to get fights. I’m a 6 time Metro Champion, 2 time Empire State game Gold Medalist. The Caribbean and Centro Americano Gold Medalist. Gold medalist for Copa Independencia in the Dominican Republic. There’s so many I can’t even remember! (She laughs) 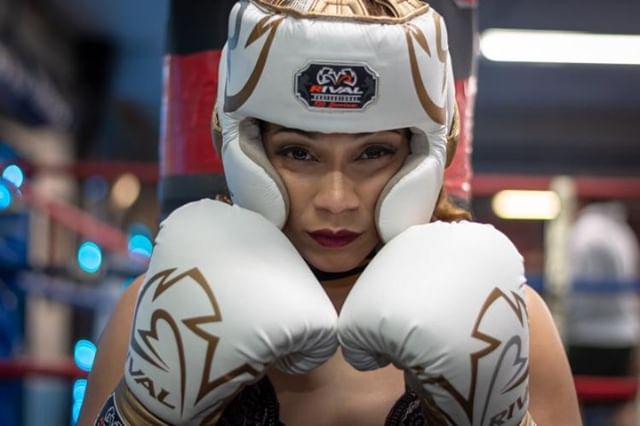 Where will you be traveling to this week, I hear you’re going on a trip:
I will be traveling to the Olympic camp in Salinas, Puerto Rico to get ready for Olympic trials in July in Peru for 2020 Olympics. Then I will be fighting the Copa Independencia again in DR. Then I’ll be traveling to Ecuador and Columbia and I’ll come back to NY in April for “Ringmasters.” I’ll be fighting in the finals in Madison Square Garden.
I can’t imagine how hard it is to be away from your son while you travel:
It’s torture. It’s always hard. He has his moments where he doesn’t want to speak to me. And that’s his coping mechanism, so I don’t push it. But then he comes back around. I make sure I call him in the morning, in the evening when he’s doing his homework, and again right before he goes to bed. He does his chores, he’s very independent, but he’s still a mama’s boy! He’s a sweet and polite kid and a little gentleman!

Do you ever feel like you’re stuck in a rut and unmotivated? What do you do to get yourself out of that funk?:
As a parent in general and as an athlete, you always feel unmotivated. There are times where you don’t even want to get up. Your body hurts and you’re so stressed. Especially as a parent, you’re worried about bills, making the rent, asking yourself if you’re doing the right thing. I’m constantly stressing about, “Am I being good enough for my son” and sometimes you have to step down and just… have a glass of wine! She laughs and says, “That’s it! That’s my secret. It solves everything! At least for that moment, it does…”

What motivates you and inspires you?:
My Son. Being a mom comes first before anything. One thing my father always used to tell me when I was younger and I never understood until I became a parent was, “I want you to be better than me.” Now that I’m older, I’m going to school, I work, I’m doing boxing and I’ve achieved so much, I want to be that example for him of what you can accomplish. I’m working on my associates now, I want to go for my bachelors because how can I educate or tell my son about education if I don’t have one? He runs competitively, but I always tell him that’s not guaranteed, he needs to go to college, you need a little bit of everything.

What’s dating life like for Nisa? Are guys intimidated by the fact that you’re a boxer?:
Well, right now, that’s not something I actually have time for. Dating for me.. Some guys love it, I don’t know if it’s a masochist thing or a turn on..(She laughs) Others just assume that I’m gay, and I have a lot of girls, especially other fighters that hit on me. I have a lot of options! There’s never a dull moment!

What makes Nisa happy?: My son. Point blank period. He’s my everything.
If there was one thing in the world that you can change, what would that be?:
Poverty. I’ve traveled around the world and I’ve seen so many kids suffering and it breaks my heart because I have a little boy at home. When I go on these trips I try to find 1 or 2 kids and spoil the crap out of them! I never expect anything in return. That’s why I work so hard with the non-profit and doing the program because I feel that every child should feel wanted and special. For 8 years I worked with foster kids, and so many of them felt so unloved. It makes me sad just thinking about it, Nisa says as she pauses to wipe away tears.

What would your message be to the world?:
Don’t be afraid to be different. It’s what makes this world unique. And always be kind. Never expect anything to be done back for you. Just be kind. That’s it.