LATINISTA™ Fashion Week started in 2011 with IMAN Cosmetics & Latina Magazine and it is now on its 4th year. The goal was to showcase high-end designers as well as to discover new Latino/Latina designers and give them a new platform during Fashion Week. And to connect to the Hispanic millennial generation. We have grown rapidly and it is now a successful fashion platform during New York Fashion Week, not just for Hispanics but for all fashion insiders as well. Celebrity Designer Cesar Galindo who joined the runway in 2013 caught the vision and has now joined forces and collaborated with LATINISTA™ to take it to new levels. LATINISTA™ Fashion Week featured Cesar Galindo archive of his work January 2015 at the Historic El Museo Del Barrio which was sponsord by Ralph Pucci and was the first designer to do an exhibit at the museum.

This year we are featuring a Times Square LIVE Shoot to celebrate Hispanic Heritage Month! Join our two day event! 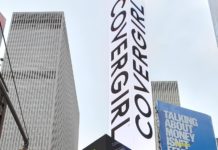