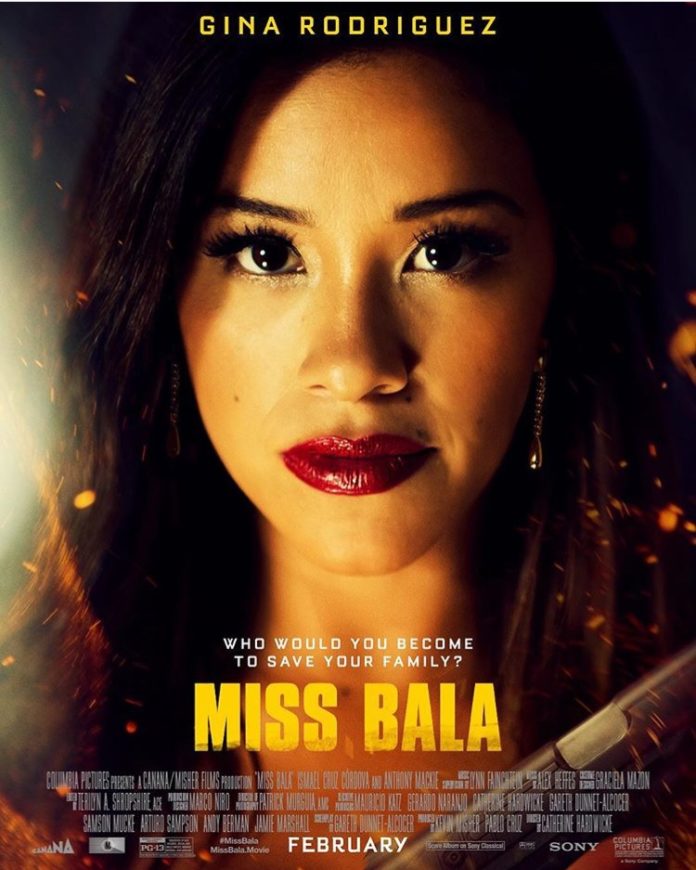 The 2019 Miss Bala remake of Mexico’s 2011 Miss Bala, which was inspired by true events tells the story of makeup artist Gloria (Gina Rodriguez) who visits her childhood friend Suzu (Christina Rodlo), a beauty pageant contestant in Mexico. What was supposed to be a trip to help her friend prepare for the pageant turns into a lesson in survival when she meets kingpin, Lino (Ismael Cruz Cordova). To get out alive and save the people she loves she must delve into Lino’s world, or so she thinks.

While the movie takes inspiration from the original it was changed to relate to Latinos in the United States and was infused with a feminist empowerment message. With no one to trust, Lino the head of the cartel Los Estrellas or the American government, Gloria must make decisions that change her. Throughout the movie, Gloria’s timely decisions save her but also have heavy consequences. She follows her head although she could easily have fallen for the bad boy. Which would have been the obvious choice, but in keeping with the strong feminist storyline she does not. She untimely becomes a stronger version of herself, although she may still have to answer to the American government.

As a Latina watching this movie, I found myself relating to a lot of what the characters Gloria and Lino went through as Latino American people. Topics like not being able to speak perfect Spanish, being called a Gringa, figuring out where you fit in and not being Latino or American enough are all spotlighted in the movie. Both characters deal with these and other issues, although they chose to deal with them in very different ways. Almost all the characters speak both English and Spanish, something that has been proven to be the norm for American’s of Latino and Hispanic descent. As I listened, I felt very happy to be hearing both languages and yet it was not lost on me how much Spanish made it in the movie. To hear that much Spanish in an American movie is a huge win within itself. Which in turn helped the movie stay true to its characters and the locations of Mexico and California.

The movie had relatability although the editing of the storyline could have been better. I really liked how conflicted Gina’s character was and I loved how strong she became by the end of the movie. Gina’s acting skills really shine through, although I wanted to see more action from her throughout the movie. The movie was left open to a possible continuation, which I would be interested in seeing. A Latina heroine is missing in the market and I would like to see if she could take this role into an action hero realm. Although movie critics were not huge fans of this film, as a Latina I appreciated the fact that the cast and crew were predominantly Latino. It is no secret that Hollywood hasn’t been the best in showcasing Latinix stories or had the best people behind the scenes to do so. Hopefully with movies like Miss Bala that will change. 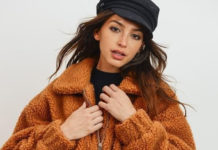 FALL MUST HAVES: Top gifts under $100 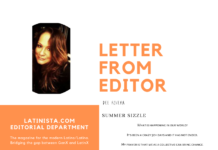