In 2018, the first steps were taken by the leads of the entertainment industry in order to bring more diversity to the movies and Television shows. One of the year’s highlight was the premiere of “Vida”, The first television show focused on the Latino community, on Starz channel.

Created by a Latina, Tanya Saracho, not only the cast is Latino, but the majority of writers, directors and crew members are Latina women. A TV Show like “Vida” is a great achievement for the Latino community, which is also relevant to the Brazilian community, since we’re constantly misrepresented in the movies and TV Shows produced in Hollywood.

“Vida” is a half-hour drama series focusing on two Mexican-American sisters from the Eastside of Los Angeles who couldn’t be more different or distanced from each other. Circumstances force them to return to their old neighborhood, where they are confronted by the past and surprising truth about their mother’s identity.

Tanya has been writing playwrights for over 17 years. According to her in at least 14 of her plays only two or three characters were male. Her plays have been always focused on Latina women.

When invited by Starz’s executives to write “Vida” pilot, her first job on TV, Tanya was excited to face the challenge because she wanted to deliver a message to the audience: “I wanted the “non-Latino” audience to know that Latinos are the similar to them, these girls could be their friends, be a part of their inner circle. Certain concepts are rooted in our culture, the characters on the show are the second generation of Latinos, but they were born in the USA. Why do we only think of them as immigrants? No! They are Americans like any other person who is born in the US. And for the Latin audience, I wanted them to feel represented on screen, so I used all the terminology, words, that are part of our daily life and that we never get to hear on a TV series.

Tanya’s goals were achieved and the series’ first season was a huge success. “Vida” got renewed for a second season that is already in production and will premiere in 2019. We can’t wait to see it!

If you’re already a fan of the show, read the full interview we did with Tanya and the cast of “Vida”
on Hollywood e Aqui:

If you haven’t had the opportunity to watch the show yet, here’s your chance: 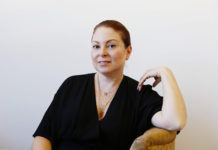 Glow From Within: An Interview With Celebrity Esthetician Joanna Vargas 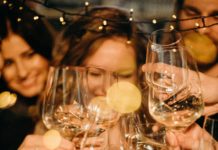