CESAR GALINDO
Cesar Galindo began his career designing corsets and period costumes for The (1990) Miami City Ballet, then for The Houston Grand Opera in his hometown. Stepping into the New York Garment business in the mid 1980’s where his first position was with TSE Cashmere as a showroom manager, followed up with a design position at Carmelo Pomodoro LTD. Launching his first collection in the late 1980’s where he was featured at New York City’s Martha’s International and Henri Bendel and landing an Elle magazine cover with supermodel Karen Mulder. The brand CESAR GALINDO has an international distribution along with an American market presence. Cesar worked as a contract designer for twenty eight years, with brands such as Dolce and Gabbana for nine years, designing and producing couture looks for their celebrity clients such as Madonna, Missy Elliot, Mary J Blige, and Calvin Klein Women’s Collection for seven seasons under the direction of Francisco Costa and LAMB by Gwen Stephanie, where he has worked for three seasons. Since leaving Texas, Cesar has returned to The Houston Grand Opera to design two operas (2008)THREE DECEMBERS and premiered (2013) CRUZAR LA CARA DE LA LUNA and two for the Skylight Opera Theater in Milwaukee (2015) CINDERELLA and (2016) POWDER HER FACE. INSTAGRAM- GALINDONYC

ABOUT US:
LATINISTA MAGAZINE
Latinista Magazine is the destination for the Latina woman who sets the direction of her own life and lives it to its fullest and on her own terms. Her point-of-view is unmistakably American, her culture is full of color, food, music, unwavering in its optimism and wide open to great things ahead. Latinista.com + Latinista Fashion Week has been part of the week-long NYFW Week since 2011. For more information visit LATINISTA.com. Follow Us @LatinistaMagazine

DCG MEDIA GROUP
DCG Media Group specializes in several services and we pride ourselves in not just being a PR, Digital Marketing or Social Media Company, but full integration through public relations, social media, advertising and digital marketing in creating visually compelling and creative services that tell a story and compels the consumer. Conversations are happening every day about brands and we like to take initiatives to steer that conversation to influence our clients reputation and increase loyalty. 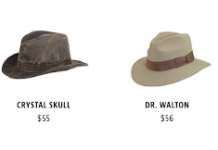 Get Ready For Summer